Trump is doing much better in the polls.  Now two other Republican candidates for Congress  say they support him.  When the campaign started last February, only I and “Bikers for Trump” Mark McGovern openly and proudly supported Trump.  (McGovern later decided to support me, rather than run himself.)

From the  beginning, I supported this 5 Point MAGA program to Make America Great Again: 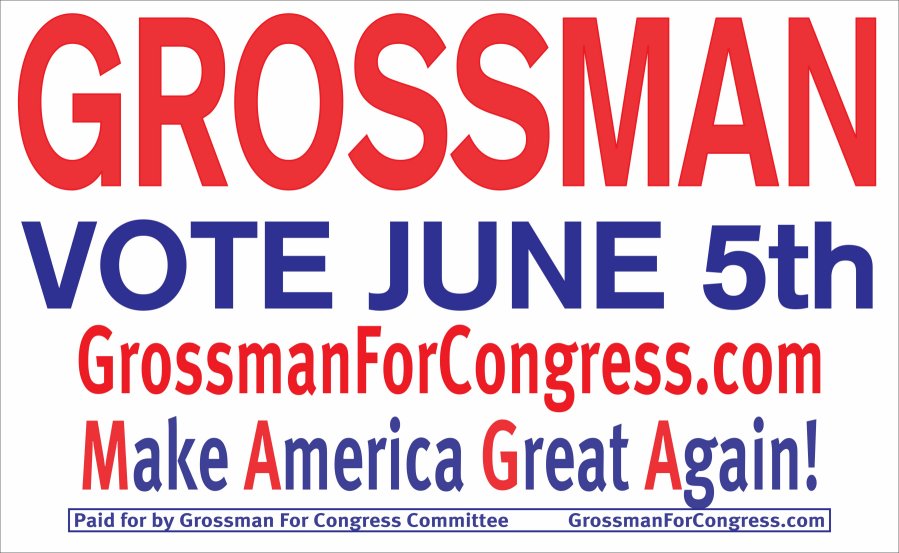 3.  Protect 2d Amendment Rights.  Enforce the Laws We Have and Let Schools Use Common Sense to Protect Our Kids.

4.  Teach What Made America Great To Our Kids in Public Schools and Colleges Again.

This month, polls show that Republican voters overwhelmingly support Trump.    Now, it is easy for Republican candidates to say they are with him.

For the past two years, it was a lot different.  I and hundreds of others here in South Jersey lost friends and business when we openly and actively supported Trump.   However, we had a big impact.

Last year, Harvard University did a study on this.  You can read it at: https://www.cjr.org/analysis/breitbart-media-trump-harvard-study.php

It agreed that for more than a year before the 2016 election, more than 90% of all newspaper and TV coverage of Donald Trump was negative.   That’s why Democrats sure Trump had no chance of winning.    When Trump did win, Democrats turned to Harvard media experts to find out what happened.

Last year, Harvard experts analyzed “over 1.25 million stories published online between April 1, 2015 and Election Day 2016”.  They then gave this report:  “A right-wing media network anchored around Breitbart developed as a distinct and insulated media system, using social media as a backbone to transmit a hyper-partisan perspective to the world. This pro-Trump media sphere appears to have not only successfully set the agenda for the conservative media sphere, but also strongly influenced the broader media agenda, in particular coverage of Hillary Clinton”.

I and many conservatives in LibertyAndProsperity.com  were an important part of that “right wing media network”.   For months before the election, we spent many hours each day reviewing and responding to dozens of posts about Trump and issues affecting the election.   We systematically “liked”, “shared”, and “commented” on Facebook posts and used Twitter to support Trump, and refute lies that were told about him.  We deliberately directed most of our posts to voters in swing state Pennsylvania.

We remained just as active after the election.  That is howTrump’s job approval levels stayed high even though 90% of “mainstream” news stories about Trump continued to be negative.  That is why Google, Twitter, and Facebook are now doing all sorts of dirty tricks to try to stop us.

Seth Grossman describes his plan to win in November to Salem County GOP Leaders at Mannington Grange on May 21.

With your help, I can win the June 5 Primary Election.   I can then defeat the Democratic candidate in November.   We need to give Trump support from Republicans in Congress so he can get things done. 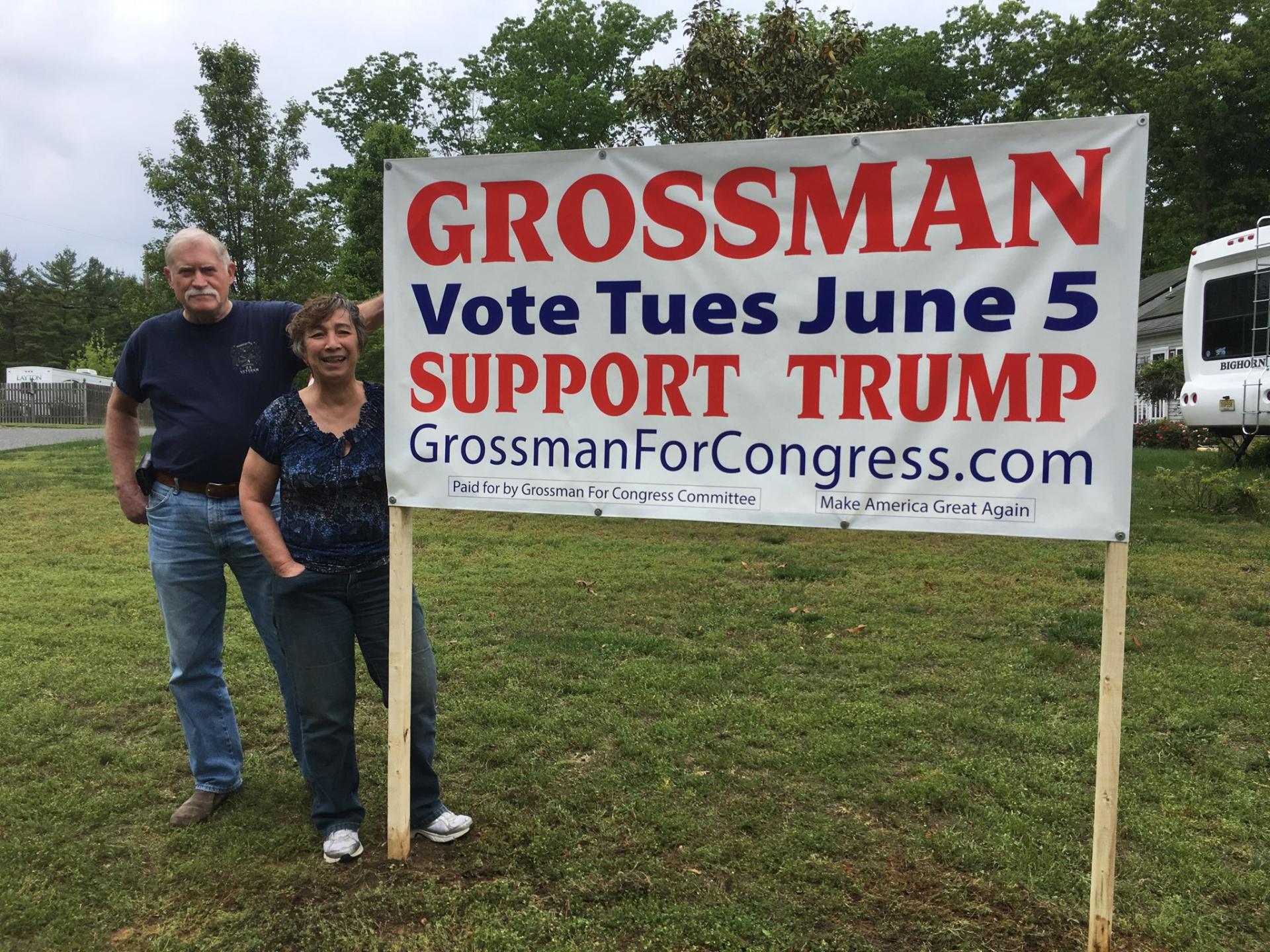 Thanks Henry and Marge Smith for that great sign location in Milmay!

Please also help me reach voters who are not on social media.  If you have not already done so, please donate to my campaign so I can buy radio ads in the final week.   Also, if you have a good location, please put up a lawn sign.  You can pick one up from the back of my office by the recycling containers at 453 Shore Road in Somers Point.  We have one more big sign looking for a location.  If you have a place to put it, please let me know.  Thanks! 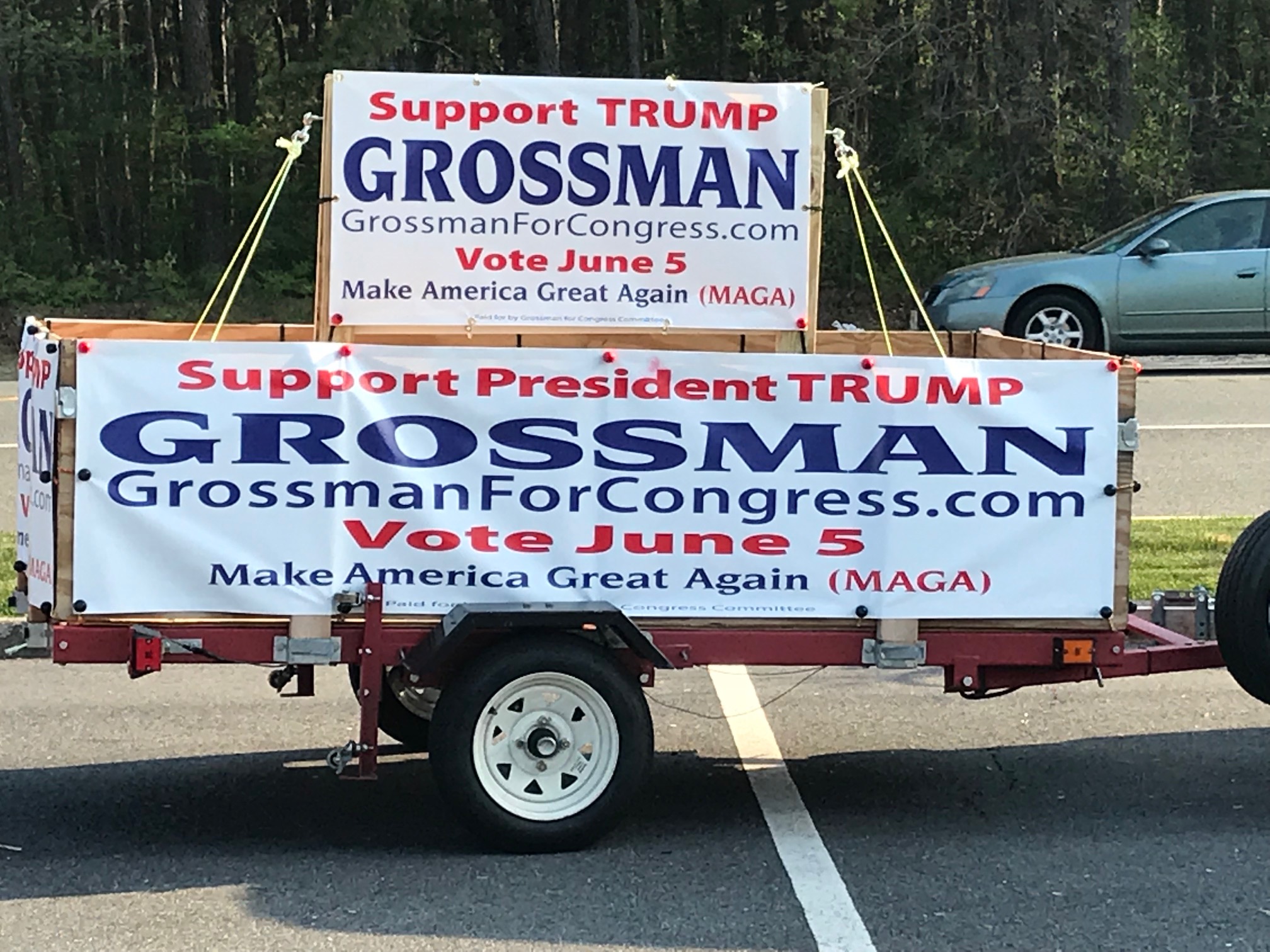 I need two dozen volunteers to hand out literature, visit their neighbors, and make phone calls to voters from now to Election Day.   Thanks for any help you can give.  This election will be VERY close. I need you to put me over the top.

Please contact me by telephone at (609) 927-7333 or by email at sethgrossman49@gmail.com.  You are also welcome to attend a meeting of campaign volunteers this Saturday morning, May 26, at 8:30 AM at the Shore Diner.   The Shore Diner is located at 6710 Tilton Road (Corner with Fire Road in front of Days Hotel by Parkway Exit 36)  Thanks. We can win this!