Ransacked Jewish house in Kishinev (Moldavia, Russia) after Easter riots of 1903.
The riots that began in Minneapolis have nothing to do with George Floyd.  They are the intended consequence of the fake “Black History” dished out by our media, Hollywood, and most colleges and public schools for the past 50 years.  This is a new “institutional racism” that falsely blames every injustice on all whites—but especially whites who are Christian, Republican or who love America.
Are whites in America today like the Jews of Old Russia?  Is Minneapolis the new Kishinev?

In 1903, Kishinev was part of Russia, and ruled by an Emperor, or Czar. Just before Easter, a non-Jewish girl there was depressed and swallowed poison.  She was rushed to a Jewish hospital where she died.
“Mainstream” newspapers ran sensational fake-news about her death.  They falsely reported that Jews killed her so they could use her blood for their Passover matzo.  That “blood libel” was war propaganda used by Greeks against Jews who rebelled against them in the days of the Macabbees 2,200 years ago.  That lie became established fake history in much of Europe because it was written in books read by leading scholars of the day at the ancient Greek library in Alexandria.

Things got worse during Holy Week.  Priests in the government run Orthodox Churches gave sermons with selected Gospel readings that falsely blamed Jews for persecuting and crucifying Jesus.
If Orthodox Churches in Russia, like Protestants, encouraged independent Bible study, many would have disagreed. The Gospels of Mark and Luke tell of large crowds of Jews cheering Jesus as he entered Jerusalem on Palm Sunday.  Matthew and Luke tell how elites in the Capital plotted to arrest Jesus at night, after the Passover Seder, so large crowds of Jews could not protect him.
Riots in Kishinev started after Easter Sunday services.  Hundreds of gentile young men went through the Jewish neighborhoods.  They looted 600 Jewish owned stores and destroyed 700 Jewish houses.  They robbed, beat, and killed every Jew they found.  My five year old grandmother survived because a non-Jewish neighbor took her in.  That neighbor taught her to recite a Christian prayer when the mob came. 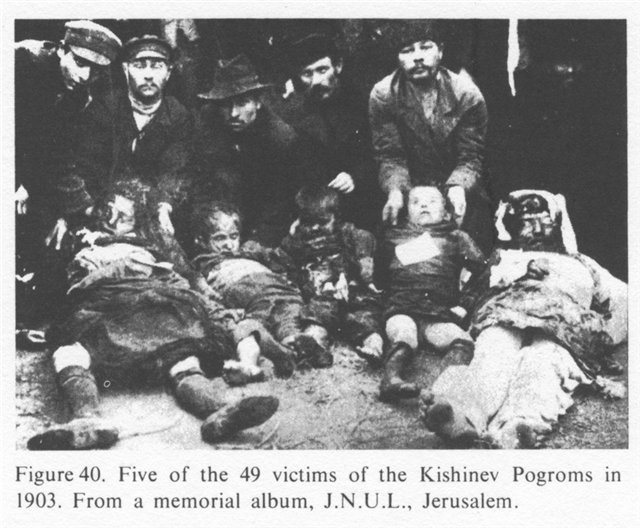 The Russian police did nothing for two days.  Then they charged 250  Jews for using clubs, poles and guns to defend themselves! Government officials openly supported the rioters.  One said he understood the frustration of poor peasants “who were ruined by Jewish moneylenders”.
This was good politics for the Russian Czar.  When they blamed Jews for their poverty and misery, Russians stopped blaming  corruption, incompetence, and brutality by their  government.
George Floyd was killed by a brutal, incompetent cop who should have been fired years ago.  Three years ago, a 40 year old white woman was shot and killed for no reason by a black officer of that same Minneapolis Police Department.

If the media, politicians, and black leaders wanted to fix problems, they would report on and protest against corruption and incompetence by this Democratic run city government.    They would talk about how public employee unions and civil service rules make it almost impossible to fire bad cops.
Instead they falsely blame “racism” by all white Americans like the 1903 Russian government and media of 1903 falsely blamed Jews. They have made the worst of Old Russia the “new normal” in America.